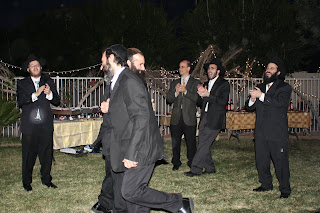 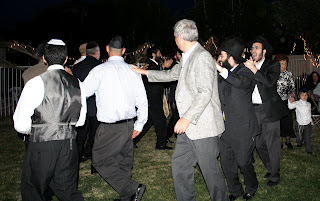 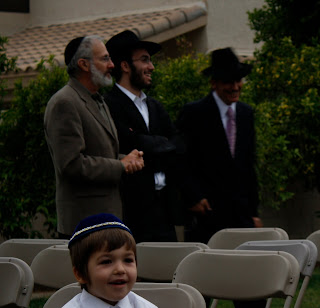 I live in Chandler, Arizona where there are not so many Jewish people. Last year, on the day before Purim there was a wedding of a couple in my community who were already married but wanted to have a chassidic wedding ceremony. It was a small intimate affair, set up in their large backyard with about 30 or 40 people in attendance. The ceremony was wonderful, the kallah made her own chupah and the whole back yard was decorated beautifully. When it came time for dancing, however, things were moving a little slowly- something was missing. Not for long though. Rabbi Deitsch (Mendy) motioned to his brother, Nosson, and shouted his name to where he was sitting- talking to a small group of people. Nosson got up and came at full speed to add the chayus that was needed. Within an instant the party was transformed by his loud and energetic off key singing, clapping, and dancing. That was all he had to do to and yet it made all the difference.

We had known Nosson to do this for our community often, he would usually come for Sukkos and be the highlight of our Simchas Torah. He made up a nickname for almost everyone who came, and they stuck throughout the year. He was in charge of the lchaims, making sure no one got away without one. And believe me he succeeded. When the day after Sukkos came, no one wanted him to leave. And the only thing that satisfied us was knowing he would be back again next year.