On Tuesday night, the Shluchim of Yeshivas Ohr Elchonon Chabad, Los Angeles hosted a “Shloshim Gathering & Farbrengen” and published a special Kovetz in honor of HaTomim Nosson Notte Deitsch A”H. Nosson served as a Shliach in the Yeshivah – as part of the current Kvutzah – last year. The 19th of Sivan, the day of the Shloishim, would also have been Nosson’s 22nd birthday.

The Kovetz was dedicated entirely to notes and explanations on Tanya. Nosson’s special enthusiasm for Tanya was well known, and was recently described by a close friend in a letter to the family: “Many people do great things but there aren’t many people who you can think about and point out a specific Inyen which literally defines their life. But when I think about Nosson, right away I think, Tanya Bal Peh. This is something which stands out, something which he lived with not only for a short period of his life but throughout all his years. This is not just something which was noticed by a specific individual, by some friends or family, but by everyone who knew him. Nosson koched in Tanya Baal Peh with such an Emes that it was clear that this wasn’t just something which he did, it was something that he not only lived himself, but also tried to impress on others.”
In the light of Nosson’s dedication to Tanya, all his friends agreed that the best way to honor his memory would be through projects associated with Tanya specifically. As was previously reported on collive, the Vaad Talmidei HaTemimim ran a special Mivtzeh Tanya Baal Peh in Nosson’s honor, and now we are pleased to present the “Kovetz Zichroin Nosson Notte”, in which Mashpi’im and Magidei Shuir from various Yeshives have participated.
To download the Kovetz click here. 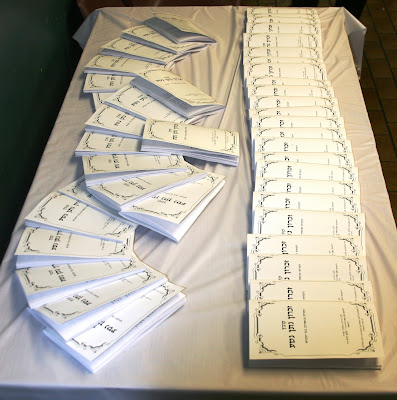 Amongst the Mashpi’im, friends and family members who addressed the crowd were Nosson’s brother Rabbi Mendy Deitsch (who flew in specially for the event), Rabbi Mendy Shapiro Mashpia in the Yeshivah, and Jack, one of the people Nosson used to visit on Mivtzoim every Friday during his time in LA. The various speakers spoke about Nosson’s special, always upbeat and enthusiastic attitude, his tremendous Ahavas Yisroel, his Hasmodeh in learning, his dedication and desire to give Nachas Ruach to the Rebbe, and the need for us all to learn from him – “veha’chai yitein el liboi”.
The event was attended by many Shluchim and Anash from around LA, by Mekurovim who’s lives were, by their own testimony “heavily impacted by Nosson’s inspiration”, as well as by the many bocherim who learnt with Nosson throughout the years and benefited from his influence as a Shliach in the Yeshivah. After the official program finished, almost everyone present remained to Farbreng late into the night, and the haunting strains of “Zhebiner Hartz” – Nosson’s favorite Nigun, continued to be heard until well after dawn.